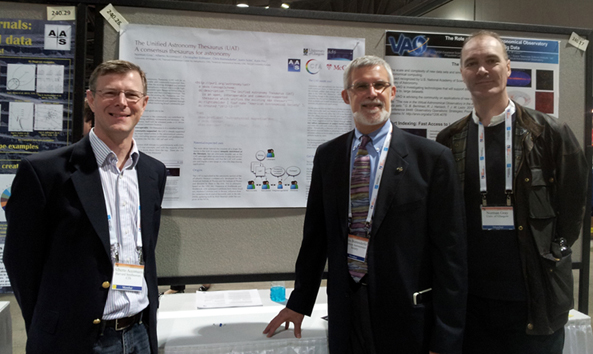 Creation and Maintenance of a Unified Astronomy Thesaurus

We describe a collaborative effort to update and unify the various vocabularies currently in use in Astronomy into a single thesaurus that can be further developed and updated through broad community participation. The Unified Astronomy Thesaurus (UAT) will be an open, interoperable and community-supported thesaurus which unifies the existing divergent and isolated Astronomy & Astrophysics thesauri into a single high-quality, freely-available open thesaurus formalizing astronomical concepts and their interrelationships. The UAT builds upon the existing IAU Thesaurus with major contributions from the Astronomy portions of the thesauri developed by the Institute of Physics Publishing and the American Institute of Physics. While the AAS has assumed formal ownership of the UAT, the work will be available under a Creative Commons License, ensuring its widest use while protecting the intellectual property of the contributors. We envision that development and maintenance will be stewarded by a broad group of parties having a direct stake in it. This includes professional associations (IVOA, IAU), learned societies (AAS, RAS), publishers (IOP, AIP), librarians and other curators working for major astronomy institutes and data archives. While the impetus behind the creation of a single thesaurus has been the wish to support semantic enrichment of the literature, we expect that use of the UAT (along with other vocabularies and ontologies currently being developed) will be much broader and will have a greater impact on discovery of both literature and data products.

Click on the image below to view the full poster: 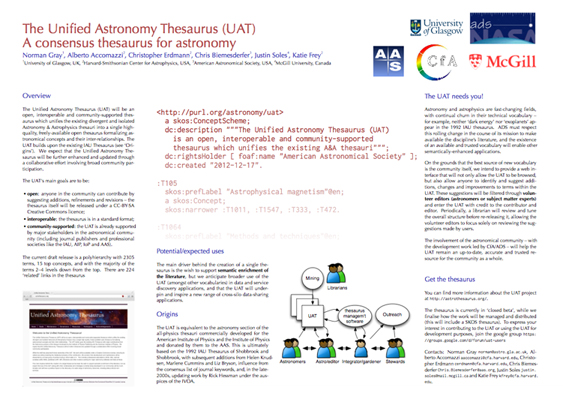